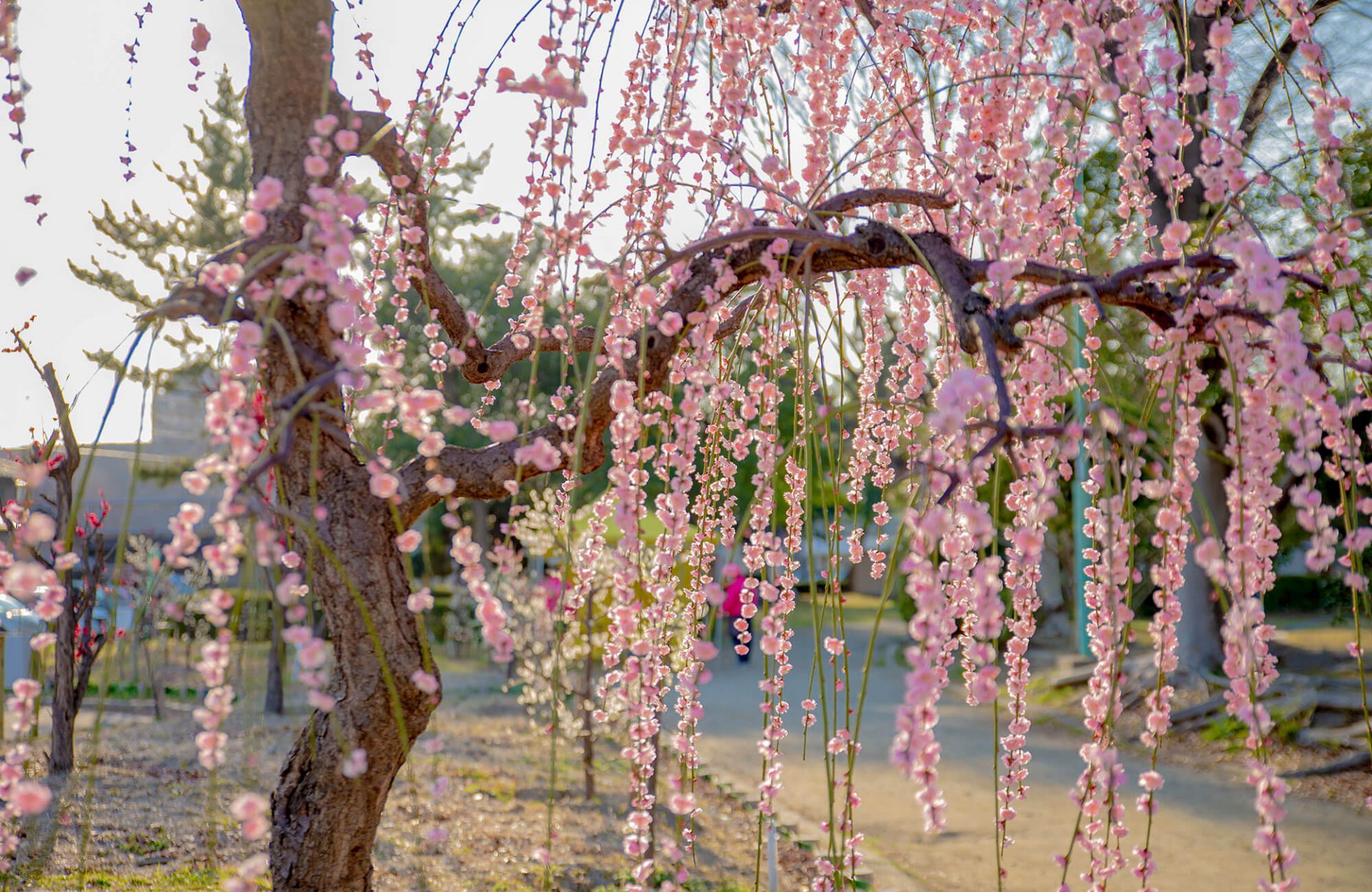 One of the first and most exciting signs of spring in Japan is flower blossoming. The cherry blossom or sakura blossom (桜) is the best known flower of Japan during this season. However, there is a flower that blooms before the sakura tree, and it has played an important role in the Japanese culture and tradition for many centuries, we are talking about the plum blossom (梅 Ume). The flowering season of the plum blossom (sometimes called Japanese apricot) starts in early February, during the cold winter, and lasts until the end of March, when the warm weather begins. It is said that plum blossoms are the original flower with which the tradition of the hanami (花見 the observation of flowers) began in Japan.

The plum trees were initially introduced into Japan from China, and were considered ornamental trees for the gardens of the nobility and public spaces. Associated with good fortune, it is believed that the plum fruit and trees themselves avoid evil, so they can often be found around sanctuaries, temples and other spiritual areas.

Plum blossoms are also a very common motif in kimono designs, obi and other Japanese fabrics. They are often associated with the concept of maturity, and are also represented in many artworks along with the Japanese white-eye and mountain white-eye (メジロ). Japanese plums are not only famous for their flowers, but also for their fruit, the plum (梅 ume). These plums have an acid taste and often are prepared as a pickle called “umeboshi” (梅干 し) to be used in different dishes like onigiri (rice balls), soups, snacks, candies or in a very popular liquor called “umeshu” (梅酒 plum liqueur).

These are the 7 best places in Aichi where you can see and enjoy the wonderful plum blossoms:

Enjoy the beautiful cherry blossoms during the Weeping Plum Blossoms Festival (Shidare Ume Matsuri) at the Nagoya Agricultural Center “dela Farm”. This is an installation that has one of the largest plum fields in Japan.

Best time: From the end of February to mid-March. * The duration of the festival may vary depending on the condition of the flowers.
Address: Nagoya Agricultural Center “dela Farm”
2872-3 Kuroishi, Hirabari, Tenpaku-cho, Tenpaku-ku, Nagoya, Aichi Prefecture
Google Maps
Access: Take the Tsurumai subway line and get off at Hirabari station. Take exit 1.
Hours: 9:00 – 16:30
Prices: Free admission
Visit the website

The Arako Park is located behind the Arako Kannon Temple in Nakagawa ward, Nagoya. The park has different varieties of plum trees with white, red and pink flowers. You can also see the weeping plum tree variety, one of the most beautiful varieties of this tree. Different events such as Taiko performance, dances and concerts are held during the Plum Blooming Festival.

The Okazaki Minami Park houses 170 plums with 19 varieties of flowers. Some ume trees in this park begin to bloom in January and some varieties are in bloom until the end of March. So you can enjoy the beauty of plum blossoms for almost two months. On weekends, there are street food stalls, samurai shows and other street artist performances.

Best time: From mid February to early March
Address: Minami Park – Plum Tree Orchard “Aoi Bairin”, 1-1 Kayabayashi, Wakamatsu-cho, Okazaki, Aichi Prefecture
Google Maps
Access: Take the Meitetsu train to Higashi Okazaki.There, take a Meitetsu bus to Miai through Shokokaigisho-mae and Midorigaoka (other lines are also available). Get off at Minamikoen-kita and walk about 5 minutes.
Or take the JR Tokaido train to Okazaki station. There, take the Meitetsu bus to Fukuoka-cho through Minami Wakamatsu (other lines are also available). Get off at Wakamatsu-cho and walk about 8 minutes.
Hours: 10:00 – 15:00
Prices: Free admission
Visit the website

The Mukaiyama Ryokuchi Park is a 13,000 m2 green area with, with 400 plum trees and cherry trees of 28 different species.

Best time: From the end of January to early March
Address: 50 Minaminakahata, Mukayama-cho, Toyohashi, Aichi Prefecture
Google Maps
Access: From Toyohashi station take the Toyotetsu bus (Tenpaku Danchi line) and get off at Dai-machi stop. From there you it takes a 4 minutes walk.
Hours: 9:00 – 17:00
Prices: Free admission

Togokusan Fruit Park is a park dedicated to agricultural education. It has 15 separate orchards of local and “global” fruits, as well as a fishing area, a Japanese garden and fields full of flowers and seasonal plants. There are also restaurants and shops. The park has 200 trees of 21 varieties, which bloom from January to March.

There is a small hill at the back of the Ooagata Jinja shrine filled with many varieties of plum trees. The plum trees flowers gos from white to pink color and the flowers spread across this hill. A lot of visitors come here every year in mid-March to see ume flowers.
Best time: From mid-February to mid-March
Address: 3 Miyayama, Inuyama, Aichi Prefecture
Google Maps
Access: Take the Meitetsu Komaki line and get off at Gakuden station. From there you will arrive in 20 minutes by walk.
Prices: Free admission

This is a park that houses more than 5,000 plums of 25 different varieties planted on the edge of Lake Souri (佐布里池 Souri Ike). Every year during the Plum Festival (Souri Ike Ume Matsuri) more than 150,000 visitors come to enjoy the plum blossoms. Also there are held different events like Taiko performance, comedy shows, etc.
Best time: Mid-February to mid-April
Address: Souri Park (Souri Midori to hana no Fureai Koen) 3-101 Souridai, Chita, Aichi Prefecture
Google Maps
Access: Take the Meitetsu Tokoname Line and get off at Asakura station. Take Chita Bus bound for Souri and get off at Ume no Yakata guchi(梅の館口).
Walk to the east approx. 5 minutes.
Hours: 9:00 – 17:00
Prices: Free admission 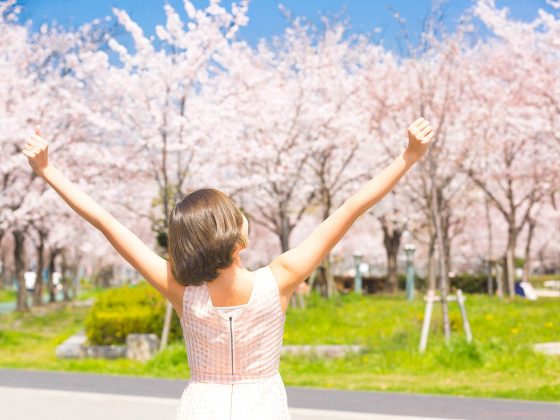 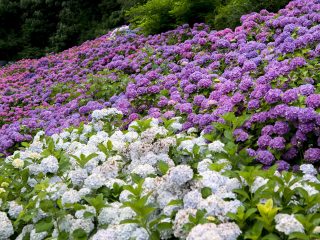