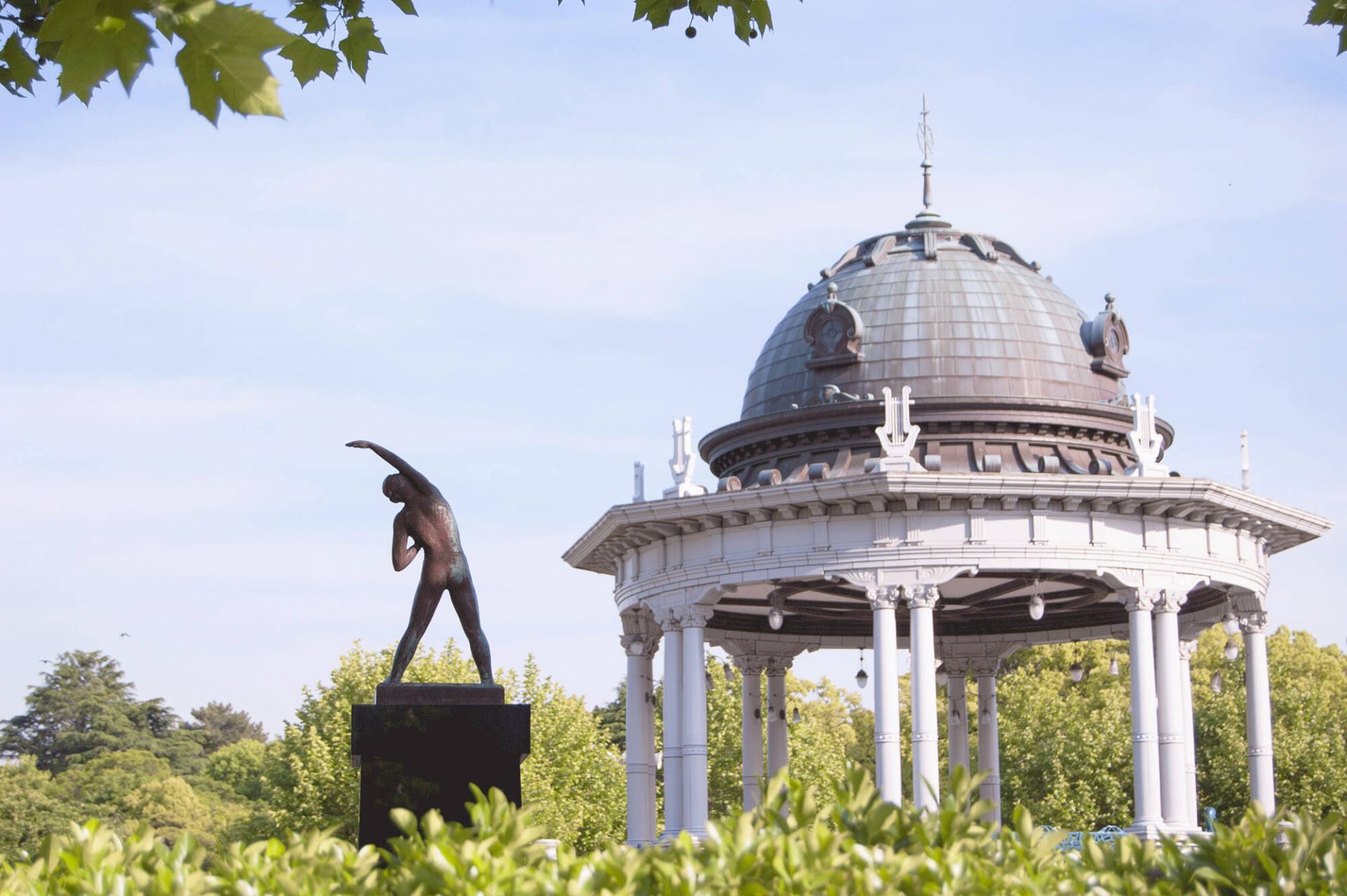 With around 1,200 cherry trees, Tsuruma Park is considered one of the 100 best places in Japan to see the cherry trees (sakura) in bloom. It is, without a doubt, one of the biggest attractions, attracting people every year, to celebrate the Hanami, a traditional picnic for the observation of sakura flowers, very appreciated in Japanese culture. Tsuruma Park is the first park created by the city of Nagoya after its establishment as municipality.The park opened its doors in 1909 (Meiji period). A year later, the same park hosted the X Joint Exhibition of the Prefectural Union of the Kansai Area. Later, in 1918, a Zoological Park was added. But in 1937, the facilities and functions of the Zoo were transferred to the Higashiyama Zoological Park.

Here are some old photos of the park that I found on the internet, so you can get an idea of how the park used to be. The western part consists in a large water fountain and a gazebo or European-style tower for musicians, a large flower bed and a rose garden. Engineer Teiji Suzuki designed the tower in a combination of eastern and western styles with Roman marble pillars and rock structures. Originally the tower decorated the main square of the park, turning it into the symbol of the place. It was temporarily removed due to the construction of the Tsurumai subway line, but it was restored in 1977. Years later, around 1986, it was designated as municipal cultural property. By contrast, the eastern part of the park consists of a Japanese-style garden, a calamus garden and several ponds with water lilies. The park is very wide and with numerous bechs and grass zones, perfect for picnics and long walks. Try to identify the many types of flowers and trees, including Yoshino cherry, Japanese andromeda, flowering quinces, tulips, lavender and camellias. Inside the park there are other facilities and buildings such as the Tsuruma Central Library, a tea house, a Japanese-style restaurant and a children’s playground.

People often call this park “Tsurumai Koen” as the name of the train station. However, the formal and original name is Tsuruma, which means “the crane dance”. As I mentioned, the best season to visit the park is in spring (end of March – beginning of April), when the cherry trees are in bloom. If you want to enjoy this event, I recommend you to go several hours in advance (or even a day before) to have picnic space. Because many people congregate to the point of congesting the park. Another good time is in May and June, when is held the Roses Festival. Yellow, red, pink, white, thousands of varieties of roses bloom creating a beautiful landscape. Throughout the year, many other events are celebrated, such as outdoor concerts, food festivals, urban dances, etc …

By subway or train.
Take the Tsurumai subway line, or the JR Chuo train line. 1 minute walk from Tsurumai station. 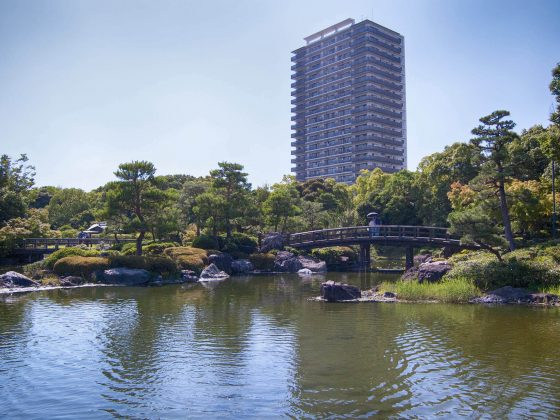 Shirotori Garden: One of the wonders of Japanese gardening 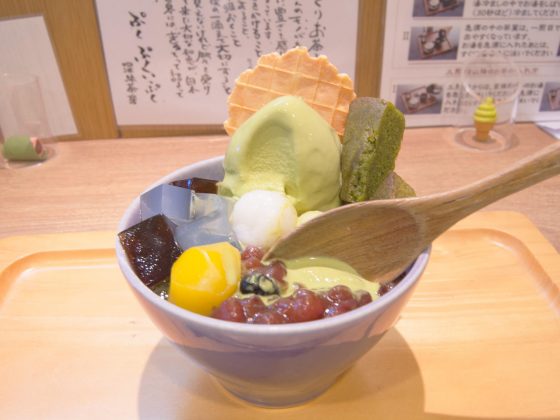 Shinryoku Sabo Cha Cafe: The sweet side of matcha tea