The Bulgarian team from World Cosplay Summit (WCS) was formed by Alexander Zin, a film student who likes to play the rol of villains or crazy characters, and Irina Tsapreva, Costume Design student and a dedicated rider. Both are passionate about the performing arts and the elaboration of the costumes in detail.

In the WCS 2018 final, they performed an action based on the manga-anime Black Butler, a play based on Victorian England with a somewhat black background. ZIN Inc: My name is Alexander Zin and my cosplayer name is ZIN Inc.

The Irstress: I started cosplay 6 years ago. And every year since I was a child I’ve always liked a lot carnavals, making my own clothes. And I’ve always liked all kind of animation and I was really into anime. Then I found out that there’s a thing called cosplay. And, that there are cosplay events in my country (Bulgaria). So I went into the first that I could. And since then I have been a cosplayer.

ZIN Inc: Similar to her. I’ve been doing cosplay for about 6 years. And I started by visiting one of the events (in Bulgaria) where  got the chance to see other cosplayers that inspired me to try it too.

ZIN Inc: I’ve been cosplaying for about 6 years now.

The Irstress: I have been a cosplayer since the year of 2012.

The Irstress: Oh, I don’t know. I can’t count them. But, about fourty in 6 years. I make a lot of costumes because I make the costumes I’ll use for the events but also less complicated ones for photo shootings. I also sometimes make costumes for parts of my cosplay group or for other people. So, I also count them as costumes that I have made.

ZIN Inc: I am more lazy, so I have 15 or 20 costumes. I’m not sure of how many, but maybe. It takes a lot of time and cosplaying is more of a hobby for me. But now, I have some of them that are broken, so maybe I have 12 working. But this always happens, specially with armor. Generally I prefer to move on to the next costume instead of repair the old ones.

The Irstress: For me it varies between like 2 weeks and 3 months.

ZIN Inc: For me it’s not that dependable on the cosplay, but more about what I do. Like if with University or my job. Because if I have a lot of work in my workplace or in University then I have maybe only one hour a day to work on cosplay, or only a weekend. But in the summer when I’m free I can make a costume in 3 weeks, without problem. Everyday working for 8 hours on the costume.
For me cosplay is a very time consuming hobby. Like some people collect stamps, some people go fishing ando some people, you know build trains and everything. For me I like investing my money on cosplaying and it most of the times makes me happy. Sometimes makes me sad.
For this contest (WCS) we’ve bought, the main stage one, of course, at least thre others because there’s a small events (Meiji Mura, Osu Parade, etc..).

The Irstress: He made two extra costumes.

ZIN Inc: I have one from a previous event, because It had to be japanese. And I made two new ones, so I only made two costumes.

The Irstress: I had to make all of them. I have the one I qualified with, then I made one for the second stage and then three more cosplays for the other events. So that’s five costumes that I’ve made.
We’ve been working since february…Even before february because we were qualified in february and then from then on it has been a constant work because we also had exam sessions at the University. So we did them sometimes during our sleep.

ZIN Inc: Coming to Japan was not a problem because we’ve already finished University and I took a break from work. So, yeah, we could travel with no problem but there was a lot of preparation.

The Irstress: Yes, I have prizes from almost all of conventions in Bulgaria that I’ve been to. I also was a representative at Eurocosplay 2015. And I got the 4th place there. We went to the MCM London Comicon last year together and we got the “Best Performance”. I think that this (WCS) is the second time doing something official together.

ZIN Inc: For me personally I like to perfom with someone else.  And this is the fun fact, I’ve only won once for a solo performance but I didn’t get to show it on stage, so everytime that I’ve been on the stage with cosplays I’ve been on a group or a dual. Groups are from two to twenty. The last one included around 22 people. And it was based on Adventure Time, the cartoon from Cartoon Network. We wrote the script, we do the rehearsals 3 months before and then we go to stage, like a real theatre. It is a lot of work but it is very exciting.

The Irstress: I would like to develop my cosplay skills so one day I can turn my hobby into business. I need to increase my popularity and contact other cosplayers from other countries. I also need to be able to visit more foreign conventions. Travel around the world.

ZIN Inc: For me cosplaying is a hobby. And I like it even if it’s a very time consuming hobby. In the future I hope that I have a job that is flexible enough with a good pay so that I can continue doing cosplay, going to conventions around Europe and the World.

□ Which characters are your favourites?

ZIN Inc: For me I also like anime, cartoons and video-games. The characters I like the most are the villains, and the crazy characters. Mostly because they are very funny. And they usually have very cool costumes. And they are very fun to do. I could say Hellsing, Black Butler y Psycho Pass.

The Irstress: I like crazy characters as well, like mad scientist and doctors. But at the same time I really love really famboyant characters that are like very dramatic because I love cosplaying as them because I get to do a lot of crazy stuff and get away with it. For example, there is a game called Undertale and my favourite character from there is Mettaton. He is like a robot that is a super star, and he is super dramatic all the time. I usually watch more western animation than anime. But anime still has a very big place in my heart. And now that I have more skills I’m cosplaying all the anime characters that I wanted to cosplay back then. And so for example, Madam Red, she has always been one of my favourite characters. Because she is very royal, Victorian aristochrat type.

ZIN Inc: I really like some cosplayers from my country. They are not very well know but in Bulgaria they are very famous. It’s not a very big community so everybody knows each other. I really liked her costumes (The Irstress) even before we became a duo. She puts a lot of personality on her cosplays. Global wise I really enjoy Conway’s Cosplay from Germany. He is quite famous. He has written books on armor making and he does tutorials. He helps a lot the community. I also like Reika from Japan. She is iconic.The Irstress: I was also inspired by Reika. I also like a cosplay duo from Russia R&R Art Group who do performances but they also do awesome photoshoots. When the characters have crazy hair they do awesome constructs. All of their customes are very accurate and very clean. They are very nice to look at.

□ How is cosplay in Bulgaria?

The Irstress: Well, It started with a pretty small cosplayer community, but lately it has become a lot more popular. For example, our biggest events have now more than 150 cosplayers on stage and take 2 days. And its like a contest to choose who will participate because usually more than 200 people apply, but there’s not enough time for everyone. So, then there’s a lot of people just in the audience, walking around in cosplay.

ZIN Inc: In Bulgaria we pride ourselves on making longer group performances, about 10 minutes, sometimes 20 minutos. With a lot of people, sometimes even a full episode on a given anime is played on stage.

ZIN Inc: And we have one event that specializes on this. I haven’t seen any other country do this kind of event. This event is on bulgarian language, the theatre perfoms in Bulgarian so it’s not very famous outside of Bulgaria. But our Comic Con is popular among servians and rumanians because it is big and it is in multilanguage, so there’s English too. 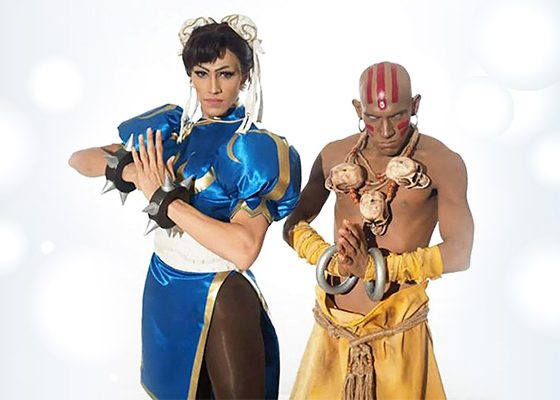 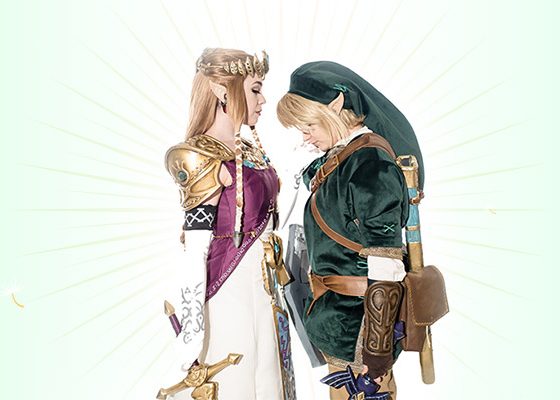