The Team Philippines from the World Cosplay Summit (WCS) was formed by Kai Raito, a graphic designer and interior designer and also an anime fan, and Sergio Sta Ana, a professional craftsman who has turned his hobby into his business. For these young cosplayers, Japan is one of the best countries as a source of inspiration. Because of its actions for the preservation of nature, its advanced technology, the way of working.

In the WCS 2018 championship they performed an action based on the manga-anime-videogame Sengoku Basara, playing the characters Mitsunari Ishida and Oda Nobunaga. This work takes us to a feudal world where chaos and destruction reigned and wars and conflicts between feudal domains were happening again and again. Kai: I am Kai Raito and my cosplayer name is Kai.

Serujio: And I’m Sergio Sta Ana and my cosplayer name is Serujio.

Kai: Team Sekai. His name is Sergio and mine is Kai so Seikai. We found out later that Seikai is world in Japanese.

Serujio: I’ve been cosplaying since 2012.

Kai: I started cosplaying around 2010.

□ How long have you been doing cosplay together?

Kai: For only one year. Before I had a different partner. I met Sergio during a work transfer to Manila. It takes 1 hour and 40 minutes to go to Manila from where I live.

Serujio: My partner is a duo cosplayer but I’m more of a solo cosplayer.

Kai: I bet it’s more than 20 I guess? can’t count them anymore, but my 1st cosplay was (Kakashi- Naruto) and my current costume is (Astolfo- Fate Grand Order).

Serujio: I have about 20 costumes.

□ When you have a cosplay event or a contest, how do you choose the theme? Is it usually free or is it already decided?

Kai: Sometimes we can focus on our decisions. But it depends on the event, if the event has a theme we will match our costumes to the event theme.

□ How many hours does it take to make the costumes?

Serujio: For my costume it takes at least 2 months.

Kai: Sergio accepts commissions from different cosplayers. It’s his third job in Manila. This improves a lot his skills in crafting. Sergio is a professional. He is very strict and a perfectionist. And he likes adding electronics. Even servo engines. He also likes recycling. For example he uses old toys like for example gachapons to put lights inside, etc.

Kai: Since we have the problem of the location we practice alone during the mornings and we do crafting on the afternoons, later we practice the performance together.

Kai:  In the year 2011 I started joining international competitions and this is my second time representing my country. I won second place in AFA in Singapore. It was fun and it was an opportunity for me to learn a lot from other countries cosplayers. It’s the same with the WCS, more people, more countries. It’s like wow. I’m speechless. I’m very excited.

Serujio: We are both very excited to be here.

Kai: Sergio told me that if we don’t win this WCS he wants to participate again, try harder and win for our country. We want to represent cosplayers in our country. Joining this competition is already an accomplishment but it’s only one more goal.

Kai: My favorite characters and costumes are from Samurai Warriors. They have a lot of variety of details on the textiles and armors. Armor and textile combined together it’s going to be a perfect combination.

Serujio: My favourites charactacters are Naruto, Dragonball, Flame of Recca and YUYU Hakusho.

Kai: My favorite cosplayer is from Indonesia and his name is John Switch I really admire how he crafts his work. He uses aluminium and metals in his work.

Kai: He doesn’t travel a lot but he is famous because he shares his work on the Internet. You don’t need to travel to be a famous cosplayer. For me cosplaying is about making believe the cosplay. Making it real. We love anime and manga and we want to bring it to live.

□ How is cosplay in Philippines?

Kai: In Philippines there are some cities with cosplay communities but the biggest community is in Manila.

Serujio: Indonesia. Because they have participated on a lot of events and won.

Kai: I also admire Indonesia cosplayers. How the perform and how they work their costumes. They are really amazing.

Kai: From watching Anime. And my best friend is half Japanese. And she tells me a lot about Japanese culture. It feels like I don’t want to go back to the Philippines. What I like more of Japan is the scenery because of my Major. I’m an interior designer, also a graphic designer. 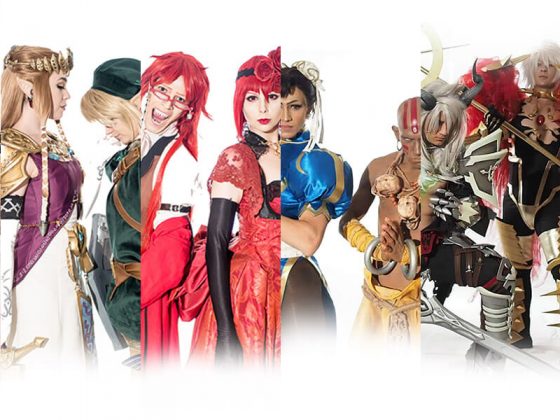 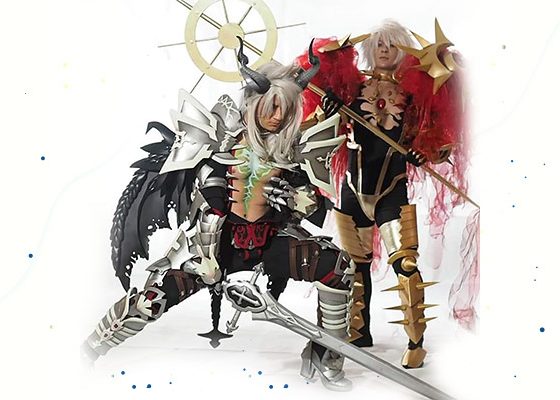