For the first time, South Africa participated in the largest cosplay competition in the world, the World Cosplay Summit (WCS).
The team was made up of Kelsey Atkins and Natasha Biccard, cosplayers with a lot of talent and a great future ahead.
They made a performance based on the videogame “The Legend of Zelda” with the characters of Princess Zelda and Link the Knight. Maoukami Cosplay: I think that we both started by watching anime in High School and then from that: “Oh! We want to be this character!”. I think that is where a lot of people start.

Jinx Kittie Cosplay: I remember the first anime that I wanted to cosplay, it was “Vampire Knight”. I tried to make the costumes from the anime but it didn’t come out very well.

Maoukami Cosplay: I think that the first anime that I cosplayed was “Shingeki no Kyojin” because I loved those characters. I really enjoyed the character development and that stuff.

Maoukami Cosplay: Well, for me It was since the year 2014.

Jinx Kittie Cosplay: I started cosplaying with my first outfit for “Vampire Knight”, that was like on 2010. But I didn’t even know that cosplay was a thing until 4 years later. And I made another costume for an event, that was a completely different cosplay. So from the end of 2015 that was when actually I started cosplaying.

Maoukami Cosplay: I think that we both tried to dress up, but it wasn’t cosplay yet.

Jinx Kittie Cosplay: Now cosplay is may life.Maukami Cosplay: Life without it is very dull.

Jinx Kittie Cosplay: I have made about 30 full cosplays. I make costumes every month. At least one. It’s something I do all the time.

Maoukami Cosplay: I think that I have made more than 20. Sometimes we buy costumes. But like there is also nothing wrong with that. Sometimes there is a stigma against it. But we think that as long as you are having fun, that’s what matters.

□ When you have cosplay event or a contest, how do you choose the theme? Is it usually free or is it already decided?

Jinx Kittie Cosplay: For me I usually try to choose the theme, usually a few months before the competition. I see something that’s big, beautiful and detailed that I like. That’s how I choose mine.

Maoukami Cosplay: I don’t really choose a cosplay for competition. I make my cosplays as I see them. And if I see one that has enough detail and enough work in it that I can enter with it then I will. But I don’t actually enter to win. I like getting feedback on how to improve it. That is my goal for the competition.

Jinx Kittie Cosplay: I don’t even have an average. For this competition around 2 months. Something like 4 hours during the weekdays and more time during the weekends.

Jinx Kittie Cosplay: And when we are working on our costumes we like to watch people live streaming their work. I can see and talk to them. I like to watch just people doing stuff or blogs like Japan or videos, or cosplay or just anime.

Maoukami Cosplay: It depends on my work mood. I could stream a video game, or I can stream a dubb of something or just listen to music.

Maoukami Cosplay: Yeah, Jinx Kittie has placed in every contest so far that she has entered.

Jinx Kittie Cosplay: Yes! I’ve placed in every competition i have entered in the past two years! And I’ve placed first a quite a few of them. I usually get really good placement for my skit performances. In 2016, I won the biggest competition in South Africa, and last year I came second in that same competition!

Jinx Kittie Cosplay: Yes. I’m becoming a professional. I want to do cosplay full time, travel and take cosplay with me. Share it with everyone, enter competitions, judge competitions. Meet cosplayers from all around the world. I just wanna make beautiful costumes, beautiful features and stuff, and It’s going to be fun.

Maoukami Cosplay: We have a lot of favourites, like in every show there is a favourite.

Maoukami Cosplay: Yeah!, I mean, I have so many favorites, but one at the moment I can definitely say is “Todoroki Shoto” from Boku no Hero. We just, love this child. It’s like you need to protect him. So we relate to him.

Jinx Kittie Cosplay: And another stuff, like I always have a place on my heart for Link from Legends of Zelda. He is one of my favorite characters of all times. It’s like, every game, every series, every whatever be, there is always something that is a favorite. Maoukami Cosplay: You can’t have one favourite. We just have many.

Jinx Kittie Cosplay: For me I always look up to Kamui cosplay. She is so talented, so skilled and so friendly. She is so willing to share her knowlege, she is a great business women. So, it is someone that I look up to is, someone who is inspiring to make cosplay a career. That’s my goal for me.

Maoukami Cosplay: For me it will probably be between… there are two best cosplayers in America. They are actually best friends. Moderately Okay Cosplay and  AKr Cosplay, he is an idiot. He is funny, he just does things that make him happy. He’s so funny because he is enjoying himself and that is something that I really like because making good content but enjoying yourself at the same time. And then on the same side, Amanda from AKrCos. She just, like no matter what she cosplays, she pulls it off amazingly. Male / Female, anything. She just looks amazing. She just look incredible as anything.

□ How is cosplay in South Africa?

Jinx Kittie Cosplay: The cosplay community in South Africa is quite small, it’s not as big as like saying America. But the few cosplays that we do have are pretty high standard. Everyone is dreamy good at what they do. And they try really hard to do very well.

Maoukami Cosplay: Because, everyone aspires to get better with every cosplay.

Jinx Kittie Cosplay: So, the community is small but it’s really good. We have very good and quite strong competitions.

Maoukami Cosplay: Also like on a personal level. There used be some problems. There was bullying. It got to a point that like it wasn’t friendly anymore. But it started to change for the better and now it is becoming a family again.Maoukami Cosplay: I think we have gotten to the standard that everyone aspires to. And we are setting an example for everyone else and our selves. This is an opportunity to show our country what happens if you work together to do something. There is pressure also from being the first representatives of South Africa but also from being representatives of our own community. We need to make our community proud. 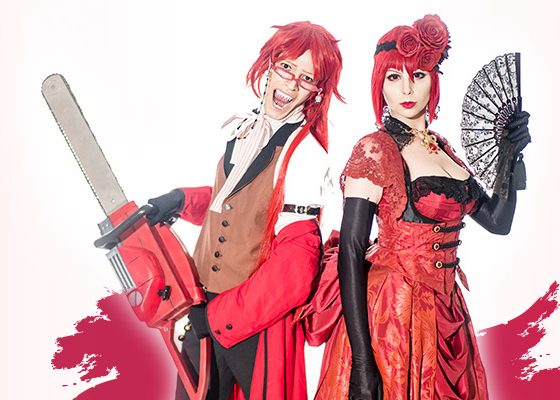 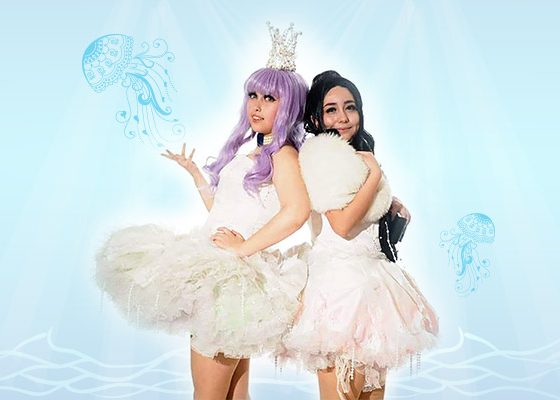